Betty Hechtman has enjoyed making up stories for as long as she can remember. At first, they were just stories she told herself as she was falling asleep. Sometimes the stories were so good, she couldn't wait to go to bed so she could tell herself the next installment.

She first saw her byline in college when she wrote a weekly column for the student newspaper. Later she wrote newspaper and magazine pieces, short stories and several screenplays.

But ever since Betty read her first Agatha Christie, she knew she wanted to write mysteries. Her first book. BLUE SCHWARTZ AND NEFERTITI'S NECKLACE is a young adult mystery with recipes. It takes place in the Chicago neighborhood where Betty grew up, and includes a lot of her favorite spots.

Betty likes to say her life turned on a granny square. She has loved the crochet motif she was a kid and when she finally learned how to make them, decided to combine crochet and mystery. It has been like a dream come true for her to be able to mix the two in her national bestselling series featuring Molly Pink and the Tarzana Hookers who crochet and solve murders. Betty likes to say there are dead bodies, but everybody has a good time. Each of the books features recipes and crochet patterns.

Betty had a degree in Fine Arts and has enjoyed making things since she taught herself how to make doll clothes when she was a kid. So, she is very excited about the news series she will be writing along with the crochet mysteries. They will feature Casey Feldstein who is a dessert chef who inherits a business putting on yarncraft retreats at a slightly sinister conference center in Cadbury by the Sea, California. Each of the books will have recipes and instructions on how to make something using the yarncraft featured in the book. 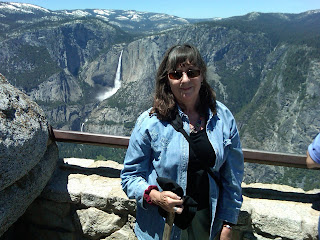