Love Makes You Do Strange Things: A Valentine's Day Mystery

Now it can be told, a comfortable cushion of decades between the now and then. Though in deference to those still living -- and possibly lurking on
the internet-- identities have been protected.
Let's just say that once, there was a girl, 12 years old, a seventh grader at Willet's Road Middle School -- bravely slogging through the mucky lowlands of adolescence. Bookish, bespeckled, with unpredictable skin and uncontrollable hair. Taller than all the other girls in her grade, most of the boys...
... and a few of her teachers.

Painfully shy...but for some perverse reason, she chose to play the B-flat tuba. And not very well. Despite well-meaning advice that this tortured existence was "Just a phase," she believed it would never end.

Valentine's Day approaches. The girl walks to town and searches the stationery store for a card ...a special card. Not the cheap, paper-thin Valentines that come 20 per box. Banal pictures of flowers or baby animals would not do.
She finds one --a cartoon on the front, characters from Peanuts. Lucy and Linus? Charlie Brown and the Little Red Headed Girl? The important thing is inside it says, "Love makes you do strange things."
She knows this is true. She buys the card and signs it, "Your Secret Admirer."
The sealed envelope is stashed in a looseleaf binder. She peeks at it there, tucks it back when it slips out. The pink edges singe her fingertips. She takes a deep breath and doubts she'll ever find the courage, or opportunity to deliver it. But a moment does come...she bravely pushes forward and slips the missive into the pocket of a jacket hanging near her own, on a coat hook.
Sweating and sick to her stomach, she staggers back to her desk. The teacher asks if she needs to see the nurse. She numbly shakes her head. She suddenly wants to die. At the very least, retrieve the envelope. But it's too late. The deed is done. The final bell rings and coats are retrieved instead.

All she can do is wait.
The object of her affections takes this token in stride. He's accustomed to admiration, secret and otherwise. He is nearly as tall as her and almost as smart. He has nice hair and wears cool shirts. One is blue with white polka dots. Another has a Neru collar. Just like the Beatles who have recently returned from India. She also has a blue shirt with white polka dots and manages to wears it the same day as him. Still, he doesn't guess. Or if he has, he doesn't let on that he knows her true identity.
She decides he believes it was Carly, who already wears eye liner and has pierced ears. This bold girl sits behind him in Social Studies, always asking to borrow a pen. Doesn't she have any pens at home? She is cute...but could brush her teeth better, the real Secret Admirer thinks.

Weeks later, Valentine's Day has given way to Science Fair projects. She is experimenting on white mice. He's building a rocket. Can he send one of her mice into space? he asks one day.She's shocked but pleased by the request. Happy to sacrifice the poor unwitting creature to this cause.
A breezy Saturday afternoon in March, she rides her bike to a field behind the school, mouse cage balanced on the handle bars. She bring her best friend. He does, too.
After one false start, the cowering rodent soars into the sky. The rocket arcs slightly, and falls straight down to earth again. The boys run around the field, laughing and yelling. The girls glance at each other, concerned for the tiny astronaut. 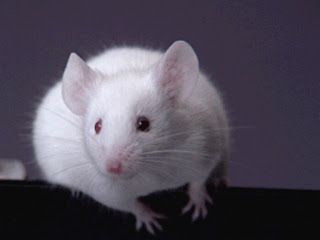 They find it in the charred rocket bits, stunned but miraculously alive. It lays perfectly still a moment, then seizes its chance and races off through tufts of spring grass. Having survived love's wild ride once, it had no interest in repeating this experiment.
Later, she wishes she'd been so smart and lucky. For better or worse, she remains... emotionally impractical.


A willing passenger in make-shift rockets, soaring into the sky...crashing to earth again.

Allowing love to make her do strange things --for boys with nice hair, for friends and relations. For total strangers. A power beyond explanation -- which remains to this day, a deep and profound mystery.

Will any of your future plotlines touch on Phoebe? We know next to nothing about her background. Somehow your post made me think about her, I don't know why.

Anne, what a nice post and perfect for Valentines Day. Nice photos, too.

I apologize for my incorrect reference to Betty instead of Anne in my comment yesterday! Here's what I meant to say:

What a sweet and touching post, Anne! I hope all the characters are doing well and have a great Valentine's Day this year. The human ones, at least. The poor mouse is probably long gone despite his survival of the trip and escape.

You are an amazing writer! You go girl! Happy V-Day to all!