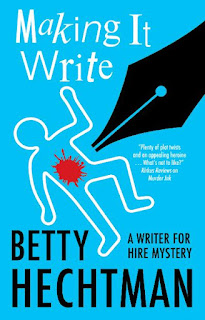 And another months slips by.  Jakey starts kindergarten in a couple of weeks.  Costco already had a rack of Halloween costumes.    MAKING IT WRITE, the third Writer for Hire mystery comes out on August 2, and I am going through the edits on SENTENCED TO DEATH, the fourth Writer for Hire mystery.  I had to set aside KNOT A GAME, the ninth Yarn Retreat book.  I hated to do that since I will have to figure out where I am when I go back to it and get back into the flow.  I have been thinking about the yarn project for the book.

Even with all that going on, I frittered away a bunch of time reading articles online.  I had no idea that the population of Iceland was only 350,000 and that it sits on the rift of two tectonic plates, which is probably why they have 500 earthquakes a week.  The photos made it look pretty forbidding, but it must have been a welcome sight to the Norwegian farmers and peasants who escaped slavery and death from a nasty king in the ninth century.  They traveled in rickety boats over turbulent waters for 1,500 kilometers with nothing to guide them.  Any sort of land must have looked good.

The point of the article was that they have a saying in Iceland  petta reddast that basically means everything will work out in the end, which I guess means relax and don't fret.

I read another article about fun and how to be a fun person.  I'm all for that, particularly for having a lot of laughter in your life and not taking yourself seriously. Often I watch an old Modern Family just before I go to bed, so I fall asleep with a smile.

In the midst of it all, there was a breaking news flash on my Apple watch.  Los Angeles country will not have a mask mandate staring Friday.  It came with welcome news that cases and hospitalizations are going down.

I think I needed some time to think about something beyond my books.  Kind of like they tell you that you should look away from your computer periodically and look at something in the distance, to ease your eyes.  I ended the day with a light feeling and thought of that  Icelandic saying petta reddast.  Sounds good to me.

I'd love to visit Iceland, Betty, and see the Northern Lights there. But I didn't know how prone it is to earthquakes, so maybe I'll rethink that trip. Still, petta reddast. I like that saying!