Thanksgiving in the Rain 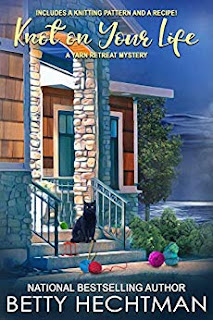 We've gotten kind of a tradition of having Thanksgiving at a restaurant at the beach. We'd go around three when there was still a chance to catch some dolphins swimming by.  We'd stay long enough to watch the sunset and of course, eat too much of the buffet.


But this year it was cold and rainy and driving through canyons to get to the beach didn't seem like a good idea.  There would be no view of the sunset and we'd probably miss any dolphins swimming by because the windows would be blurred by raindrops.

We changed plans and ate at a locall restaurant that offered turkey dinners and their full menu.  The full menu was a bonus for me since I’m a vegetarian and we could take home the leftovers unlike at a buffet.

Dinner was shorter and the view was a rain soaked parking lot, but it’s all about the people you’re with anyway, so it was nice.

Outside it felt cold and raw.  The temperature never got out of the 40s, which is like zero for us wimpy Southern Californians.  I had on a down vest, a jacket and a raincoat on top.  I was oh so grateful for that heated seat feature in the car.  After dinner, I looked forward to watching another episode of The Crown.  I am way behind in my TV viewing and am on the third episode of the first season.

But it was not to be.  There is another tradition for a member of my family.  He likes the experience of Thanksgiving shopping and he doesn’t want to go alone.  So, I bundled up again and as people were thinking about bed time, we headed to the mall.

It was insane, as if every young adult in the San Fernando Valley had gone there.  The place was mobbed.  The food court was open and very busy.  Most of the stores were open.  I was there as an observer only with no plans to buy anything.  The only store we actually went into was the two story Target at one end of the mall.  The looking became shopping when he remembered their microwave caught on fire.  Of course, there were numerous microwaves with special prices.  We got it in the cart and then I saw that Instant Pots were on sale for fifty dollars off.  I had been toying with the idea of getting one for a long time as several friends raved about them.  Now I was pushing the cart with the Instant Pot on top of the microwave and I had to navigate the cart through  crowd looking around the side of the Instant Pot.

It was after midnight when I got home with my Instant Pot.  And now to figure out how to use it.